The South African Underwriters’ Association (SAUMA) held its annual conference via Zoom on Friday, 2 July 2021. The conference attracted a fantastic group of speakers, both from within the insurance industry and from outside. More than 2000 people registered to attend the event, which attracted sponsor support from across the sector.

SAUMA’s Steve von Roretz (above) welcomed delegates, thanked sponsors and commented that this is the largest attendance ever at any single institute conference in South Africa. With the inclusion of brokers, he referred to the conference as a “market conference”, adding that SAUMA UMAs should be the market of choice for brokers. He gave a brief market overview, made a few predictions and called on the regulator to deregulate commissions for the benefit of consumers. 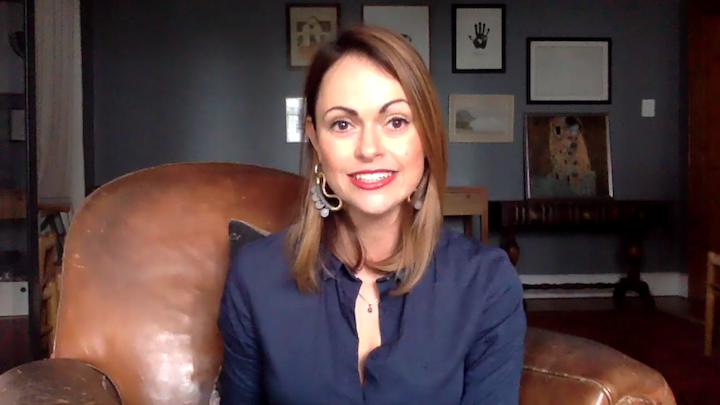 Following on her address at the 2019 SAUMA Conference, award-winning investigative journalist Pauli van Wyk (above) gave a fascinating talk about our current political scene and how it has evolved over the past two years. She spoke about violence against women, both physical and online, and how she was subjected to threats after revealing the truth about the relationship between VBS Mutual Bank and the EFF. Her talk moved on to the recent unearthing of the Insure Group scandal and the pursuant backlash and consequences.

“The private sector must do better, journalists included” she said, referring to the sector’s moral compass as “… more like a weathervane.” She also spoke about the ability of whistleblowers and the media to unearth shenanigans in both government and the private sector and gave some current examples. 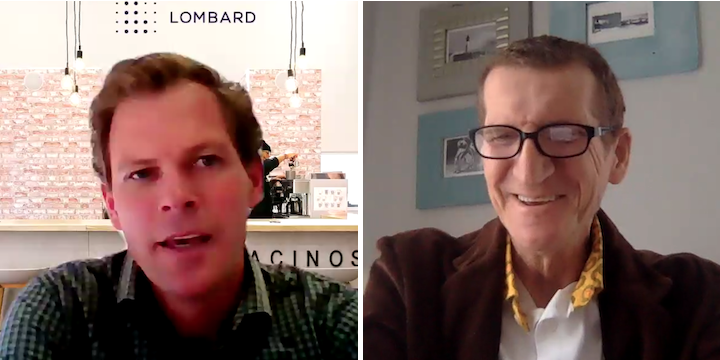 Doug Laburn of Lombard Insurance (above left) and Tony van Niekerk of Cover Publications (above right) had an informative discussion about the UMA and market relationships – why do insurers choose to partner with UMAs? What are the current issues facing the UMA market? What is the impact of technology? What is the future of binder agreements? These and other questions were answered in an interesting back-and-forth between Doug and Tony. 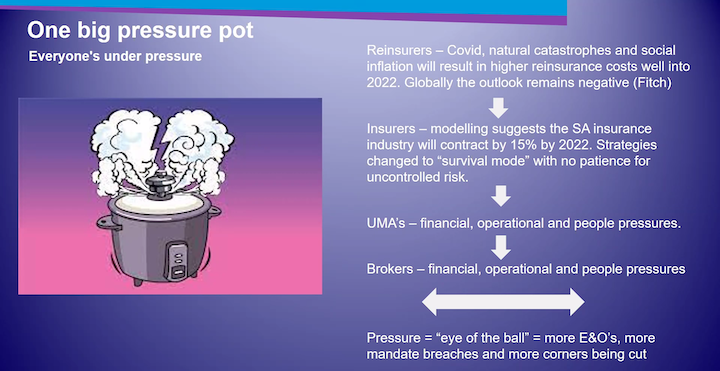 Teri Solomon of Marsh spoke about the vagaries of dealing with PI claims in the age of Covid (“coronanomics”), natural catastrophes and social inflation. Modelling suggests that the South African PI market is going to contract by 15% by 2022. Teri spoke about the operational difficulties surrounding illnesses due to Covid, working from home, the “vrot-ness” of the market, lack of appetite for risk, conservatism surrounding paying claims and risk mitigation. She shared an actual example of the impact of poor internal communication — probably due to Covid pressures — on a large claim. She called on the industry to exercise extreme vigilance across their businesses in these unusual times. 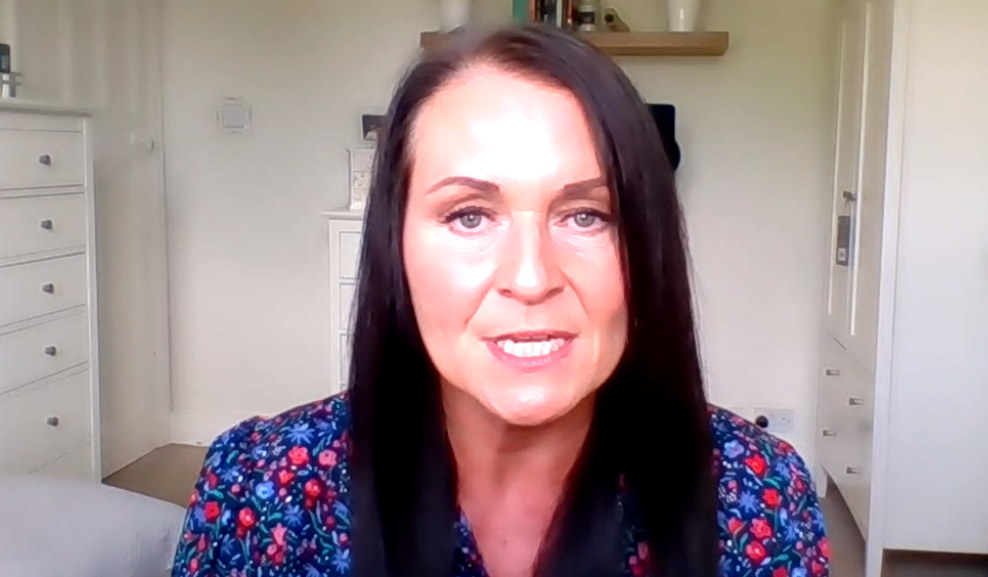 Julia Coakley (above) of the Managing General Agents’ Association (MGAA) in the UK gave an overview of what the MGAA is, does and stands for (see below). Her talk provided a good comparison for South African UMAs between the UK and SA markets.

Kate Wilkinson of Africa Check (above) spoke on “False facts and general ignorance: How fact-checking can help us understand (and solve) South Africa’s problems”. Her opening question – How much do you know about South Africa? – got delegates thinking about our country’s composition, problems and attractions. She presented a quiz that had everyone scratching their heads to come up with the truth (or not) of statements she made about facts (or not) concerning South Africa.

It’s important to know the verified truth, she said, so that we can hold public figures to account. Be aware of where you get your news, she said, and question everything you read or hear. 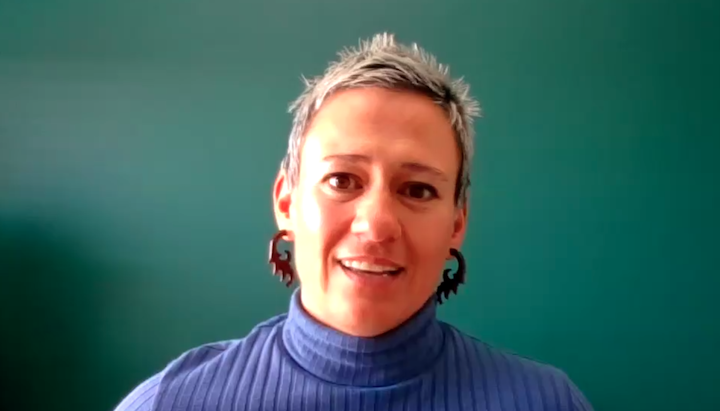 Next up was Lezanne Botha of the Financial Sector Conduct Authority (FSCA) (above), who provided a helicopter view of the expected regulatory developments in the insurance sector in South Africa over the next year. She touched specifically on changes to the Policyholder Protection Rules, Long- and Short-Term Insurance Acts, the draft conduct standards on cell captives and outsourcing/binder regulations, and the Conduct of Financial Institutions Bill (CoFI).

Following Lezanne, Professor Richard Calland of the University of Cape Town shared his views on the topic, “Will Ramaphosa get a second term? Why he – and South Africa – needs one”. The answer… it’s been a good innings so far, but many things are falling apart and need some positive action and intervention.

“(Ramaphosa) is the best person for the job at the moment despite his shortcomings,” said Richard. “There is no other credible scenario that has anyone other than the ANC winning the elections. It’s therefore imperative that the good guys in the ANC are in the seat of power.” 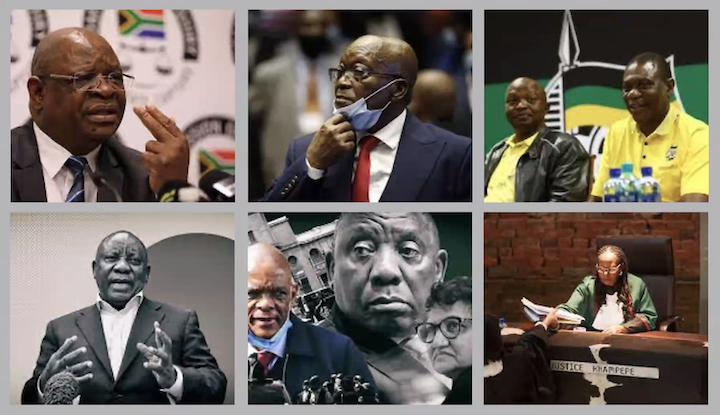 If you missed the conference, or if you would like to watch it again, click on the video link below: